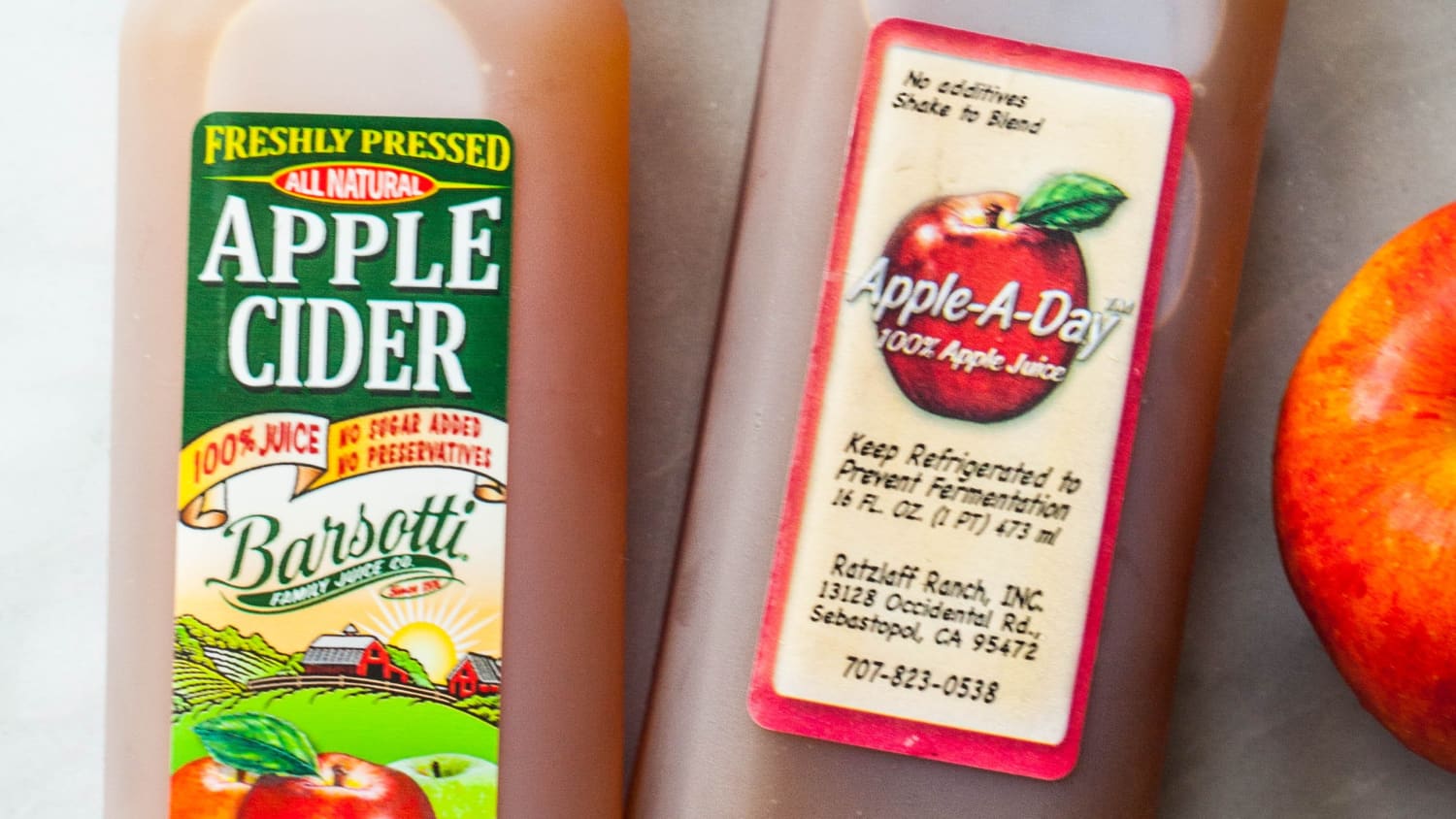 No matter in which corner of the world you are living in, it is impossible that you have not used some types of juices. Juices are widely used as these are multipurpose. Juices come in almost every flavor and taste. No matter how many varieties of fruits are produced in your area, you can buy the juice of every flavor. These vitamin-rich drinks are used for various health issues as well. Varieties and diversity among the juices are not hidden things.

But this variety also leads to many miss clues. The difference between apple cider and apple juice is also a missing clue among people. Many people believe that apple cider and apple juice are synonyms and two names of a single thing. And this is concept is even supported by many famous juice brands and cider companies as well. This thing is true in many senses as both these things are made of apples after extracting the juice from apples.

Despite a close relationship between the two items and the main material that is used for making them, which is apple is similar, the types of apples used to make them are quite different. In order to make cider, full ripened fruits are required. Mostly these apples belong to the Gala Fuji and Cortland variety. These full red apples full of juice are suitable for cider.

On the other hand, apples required for apple juices are usually less ripened and full of flavor and nectar. Such apples are picked early in the season and juices are made out of them. Red Delicious and Golden Delicious are considered the most suitable choice for it. But the high preference is given to Red Delicious, the reason behind that is the highly efficient antioxidant properties of this variety.

The main difference that differentiates the two items is the process of making them. Apple juice can be made simply at home with the help of a juicer. But this is not the method that is ideally used to make apple juice in factories or other large scales. Apples are first washed and then seeds are removed after cutting them into pieces.

After that, enough water is added to cover all the apple pieces. It is then heated for 25 to 30 minutes or till the apples become soft. Then, it is removed from the stove and set to cool for a few minutes. Then it is filtered with the help of a screener. Then apple pieces are mashed to extract the last drop of juice out of them and the mesh is left behind.

Different preservatives are also added to keep it safe for a long time. However, if you are making it at home, simply store it in the refrigerator and use it within a few days. Sugar is also added to make it sweeter and tastier. Sometimes, artificial flavoring is also used.

The method to make apple cider is quite different. The juice is extracted from apples by any method and then it is fermented. Yeast or some other microorganisms can be used for that purpose. If no fermentation is performed, then nonalcoholic cider can be prepared. It also includes tiny pieces of apples as well.

Like different edible things such as buns, bread, and sauces in Pakistan require specific preservations, the same thing is applicable for these two items. Apple juice is usually pasteurized and no need to keep it in the refrigerator until the sealed packing is opened. But cider must be kept in the refrigerator as it does not contain any pasteurizing agent.

Now that you know the main differences, you can easily choose the right option between these two on the right occasion depending upon these differences.

This is sarah scofield