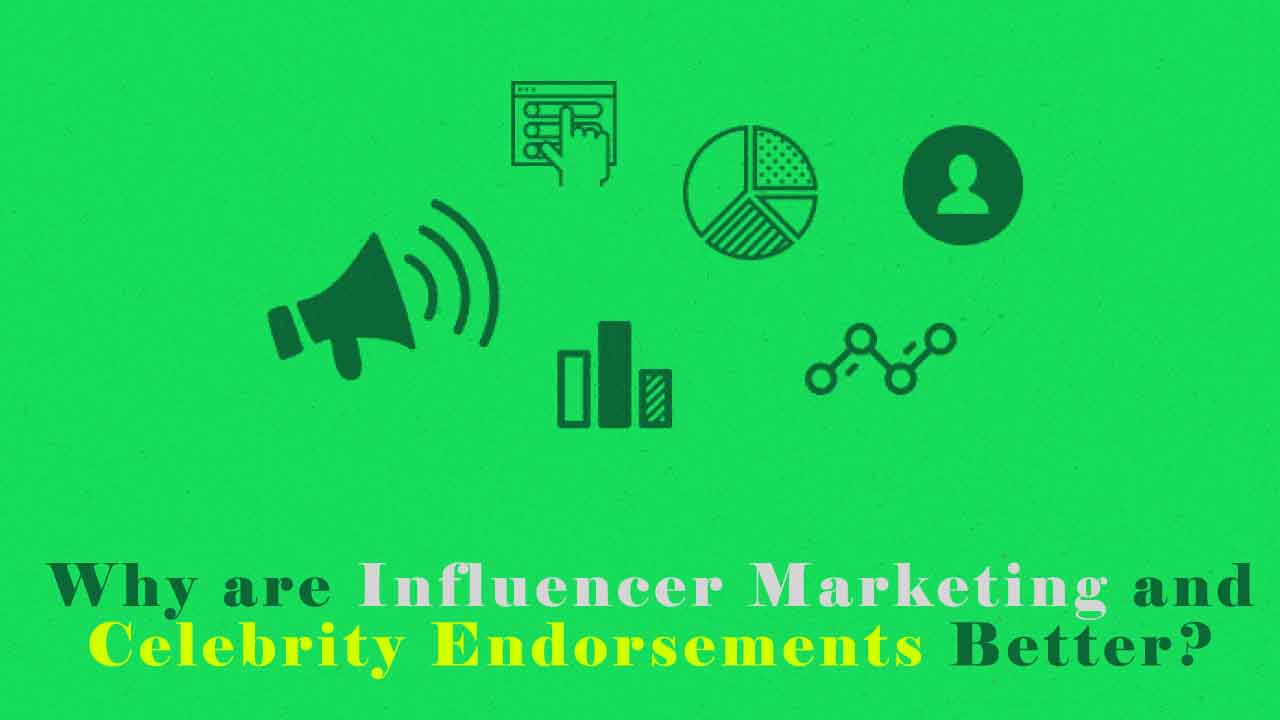 Why are Influencer Marketing and Celebrity Endorsements Better?

Celebrities have been promoting items and influencing the purchasing decisions of the general public for decades. However, in recent years, several firms have shifted to influencer marketing.

Influencer marketing has grown in popularity to the point that it was a $13.8 billion industry in 2021.

But what’s the difference between getting celebrities to endorse your product and dealing with social media influencers?

And why is social media influencer marketing thought to be so much better than celebrity endorsements?

The Difference Between Influencers and Celebrities

First, let’s look at the key distinctions between influencer marketing and celebrity endorsements.

It’s easy to mix the two since they both entail promoting a product, service, or brand through a well-known and important person.

The following are some of the most significant differences between influencer marketing and celebrity endorsement:

Celebrities don’t have to be experts in the items they’re advertising to be effective.

They aren’t fashion designers, and they aren’t involved in the product development.

Why, therefore, does a celebrity endorsement from them still result in positive brand results?

Because they appeal to a broad audience. Millions of followers look up to them, and they may be eager to do anything they recommend.

Influencer marketing works because the social media influencer is knowledgeable about the items being promoted.

In contrast to celebrity endorsements, their endorsements are seen as trustworthy and relevant because they are experts in their fields.

Influencers, on the other hand, have a tendency to elicit participation from their social media following and target market.

In a TV commercial or a social media ad, a celebrity may be advocating a product. While the advertisements are intended to be seen and heard, fans are unable to engage with them.

Deivis Subashi has shown his support:

Influencers have the power to engage their social media following in dialogue. Not all of them will be able to connect with their admirers in the comments section.

However, they typically succeed in engaging their viewers to the point that they continue to talk about the marketed product on social media.

The majority of influencers are professionals in their domains. They are involved in the creation of promotional content and, in certain cases, have influence over the message.

Although brands may provide some instructions for what they want from the campaign, the influencer is in command of the voice and tone of the sponsored content.

In other words, when it comes to advertising the brand’s product or service, they have creative licence.

To advertise Hotel de Berri, Deivis Subashi made a piece of material.

He made a dish with one of the brand’s components, gave his readers suggestions on how to make it, and then promoted the brand’s giveaway promotion.

He was the one in charge of the sponsored post’s content and messaging.

It’s important to note that some businesses continue to treat influencers like celebrities.

They attempt to exert control over what the influencer says and how they promote the product. Their connection with the influencer might be jeopardised as a result of this.

And it may even have an impact on the quality of material created for your marketing plan.