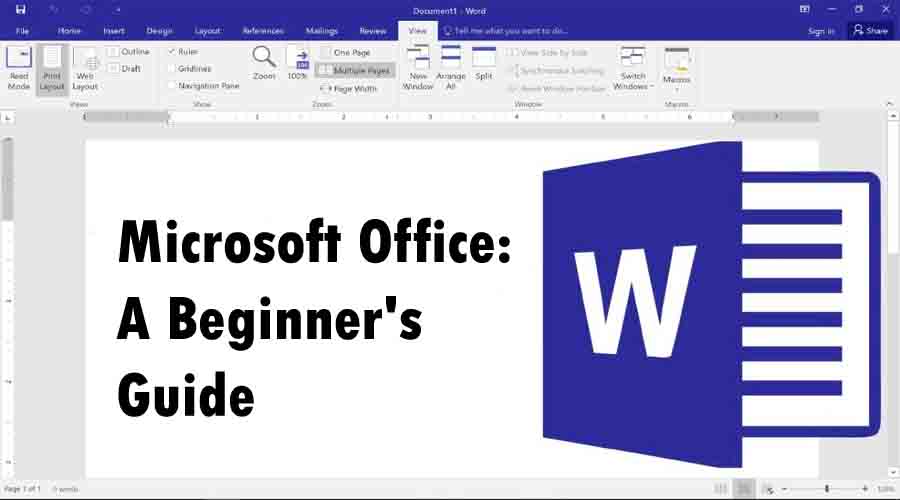 Microsoft Word is a word processing tool initially released in the early 1980s by Microsoft. It gives users the ability to input and edit the text in a visual environment that looks like a piece of paper. Users can personalize their papers with extra features, including tables, pictures, and complex formatting. Microsoft Word has seen several upgrades and improvements over the last three decades. It is now one of the most popular word processors for both Macs and PCs. It is frequently taught in schools and is necessary for many office occupations as part of the basic computer skills. New users will learn how to use the fundamental functionalities of Microsoft Word in this guide. If you need Microsoft in German, please go to billigekey.com.

Alignment: The alignment choices determine whether the text in a document’s left and right borders are aligned to the right side, left, center, or justified. Alignment can be changed using the formatting toolbar at the top of the window or the Format menu’s “Paragraph” option.

Bullets/Numbering: When generating a list of text items, users have the option of using one of various bullet or numbering systems to put a little visual icon or set of numbers before each item. Click the relevant buttons in the formatting toolbar or select “Bullets and Numbering” from the Format menu to add bullets or numbering to a series of text.

Clipboard: When a piece of text is temporarily removed and kept for subsequent use inside the same session, the clipboard works as a form of storage space. The text will be copied to the clipboard if you use the Cut or Copy commands. To examine any text temporarily placed in the clipboard, go to the Edit menu and select “Clipboard.”

Copy: Copying text means making a copy of the text you’re presently choosing and saving it to the clipboard. The text may be copied using the Control and C keys in Windows or Command and C on a Mac. Users may also pick the text and copy it using the “Copy” option in the Edit menu or the main toolbar.

Cut: Cutting text removes it from the visible document and copies it to the clipboard. Control-X or Command-X are the Windows and Mac keyboard shortcuts for the Cut function, respectively. The Cut command is also available from the Edit menu or the toolbar.

Document: In Microsoft Word, each document is a new file. Each document may have multiple pages. Control-N or Command-N, or the “New Blank Document” option from the File menu or the standard toolbar, can be used to start a new document.

Edit: In Microsoft Word, the edit menu or toolbar allows users to do basic editing actions such as copying, cutting, and pasting in their document. It also has Undo and Finds/Replace features.

Font: A font is a form of text design usually included in each letter, number, and symbol on a keyboard. Formal to whimsical fonts are available. Microsoft Word comes with a set of pre-installed fonts, and you may download more if you need them. Select the text and use the main Font menu, the Font drop-down menu in the formatting toolbar, or Control-D or Command-D to change the font used in the document.

Footer: The footer is the text displayed at the bottom of each document page regularly. In official papers, footers usually feature information such as the page number or the name and contact information of the firm. Choose “Header and Footer” from the View menu to add or change a footer.

Format: The Format menu (or toolbar) takes the Edit menu further. Users can alter the appearance of the text, paragraphs, and lists, among other things.

Header: A header is similar to a footer, except it appears at the top of each document page. Page numbers, the document’s name, and sub-titles are frequently included in headers. The header may be changed by going to the View menu and selecting “Header and Footer.”

Justify, left-justified, and right-justified: In a word processor, justification is a sort of text alignment. In every paragraph, Justify guarantees that the left and right sides of the text run in a straight line. Only the left half of the text is aligned with the left justify, but the right side remains ragged. The opposite of left-justified is right-justified, which aligns just the right side of the text. Users can justify their text by using the relevant buttons in the formatting toolbar or selecting the text and selecting “Paragraph” from the Format menu.

Open: The Open Command in Microsoft Word opens an existing document. A pop-up window will appear, allowing users to pick the document they want to open by pressing Command or Control + O or selecting “Open…” from the File menu.

Paste: The paste command places any previously copied or cut text where the cursor is pointing inside the page. The paste feature is activated by pressing Control or Command plus V or selecting “Paste” from the Edit menu or standard toolbar.

Print: The print command initially displays a window in which users may choose the paper, printer, and ink they want to use, as well as a preview of how the physical print will appear. Users may reach the print window by pressing Control or Command plus P or selecting “Print” from the File menu or standard toolbar.

Quick access toolbar: The quick access toolbar is a tiny, movable toolbar that appears at the top of the document window. It generally has buttons for saving, undoing, redoing, and printing. Other commands can also be added or removed from this toolbar.

Ribbon: The Ribbon is a toolbar seen in Microsoft Office 2007 versions. It has graphic command buttons, and comparable commands are grouped for quick access.

Save: One of the most crucial commands is saved. It stores all of your previous work in a single document. Users may save a document and return to it later to continue writing, revising, or printing it. The document may be saved by pressing Control or Command plus S or selecting “Save” from the File menu or normal toolbar. The “Save As” option is slightly different; it allows users to save a new version of the document by giving it a different file name.

Text: Any words or paragraphs typed by a user within a document are text.

Standard toolbar: The typical toolbar consists of a row of icons at the top of the document. These buttons are used for fundamental operations such as document saving, opening, and printing, among other things.

Undo: The undo function records every Command a user provides when working on a document. When the undo Command is used, the user can go back one step in time and restore the document to its previous state. Rerun is similar to Undo in that it allows the user to redo the same formatting command. In the Edit menu, control or Command + Z, or “Undo,” is used to undo a command; Control or Command plus Y, or “Redo” in the Edit menu, is used to redo a command.